Traveling to Benin with CodeToHope.org

My son and I recently traveled to Benin Africa with CodeToHope.org to do our part in breaking the cycle of poverty thru education with a focus on computer technology and programming. It was an amazing experience: sometimes humbling, occasionally intimidating, and always exciting. We’ve returned to the USA without malaria :-). Here’s some details and pics about what we saw.

Traveling to Benin in West Africa

My 17 year old son has never been out of the country. I’ve never been to Africa. We’re going with CodeToHope.org and some folks we know so we’ll be well looked after, but no 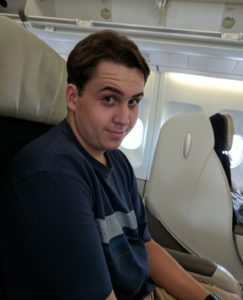 doubt about it, its a bit intimidating. You need to get a Visa and to get a Visa to Benin you need shots. Lots of shots. Most importantly you will need a yellow fever vaccination. We also brought Sawyer’s 30% DEET cream and 100% DEET spray since we knew that we were going to be out in the villages and mosquitoes are a serious problem. We took malaria medication starting 5 days prior to travel. A Sawyer emergency water purification filter was also in the bag in case of a dire problem.

CodeToHope.org – Arrival and Exploration of Benin

To be honest, before I got involved with CodeToHope.org I had never heard of Benin. If you do some quick research you will learn that Benin is one of the poorest countries in Africa. It is relatively small,  and was dominated by several European powers during colonial times, and Benin was one of the largest deportation ports for the slave trade.

Flying from Newark to Charles de Gaul and then to Cotonou, Benin – phew that was a long trip with a good 5 hour layover in Paris. Arriving in Cotonou was quite a scene – no jetways…run across the tarmac and get on a bus. Hot and humid. English? No…not at all. I do speak/understand some French and Ethan also does speak quite good French ( Parisian accent is excellent!). We got through Passport control, got the baggage, and our friends met us just outside the airport in the parking lot.

Pretty jet-lagged we took the first day to explore the area with a focus on Ouidah. It was quite an experience. We looked at many sites and scenes on the slave route to the ocean where 4.5 million people left in bondage for the new world. Its a pretty emotional thing to see and think about. The suffering inflicted on that many people. 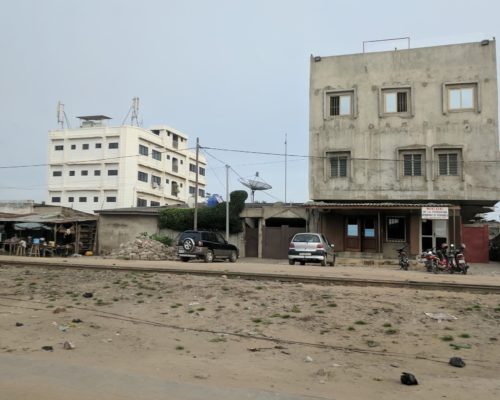 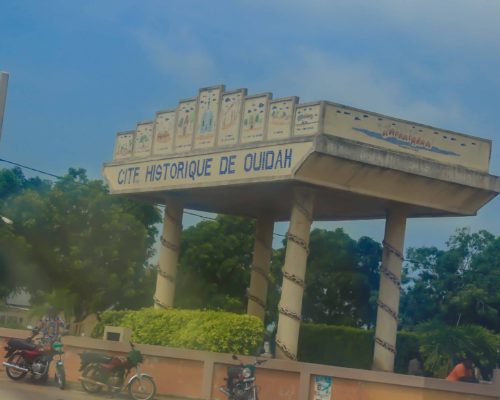 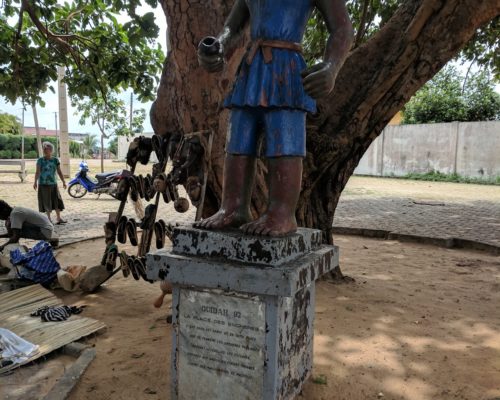 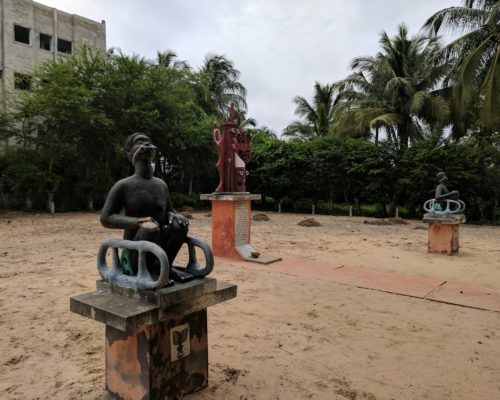 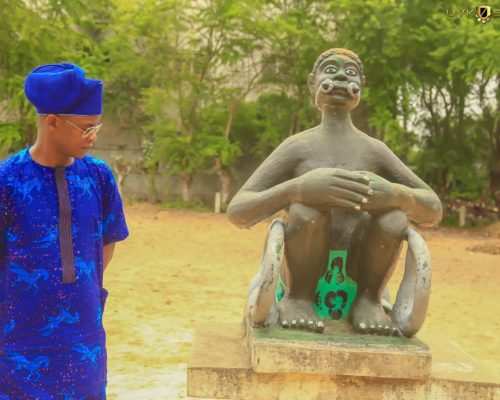 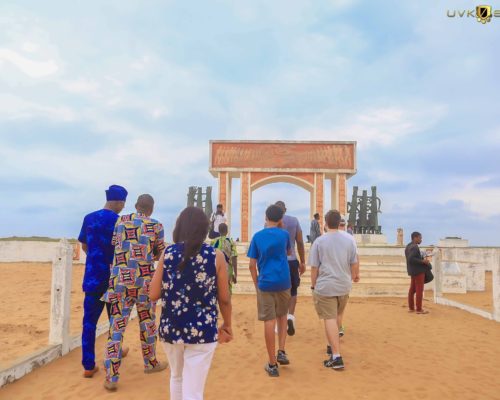 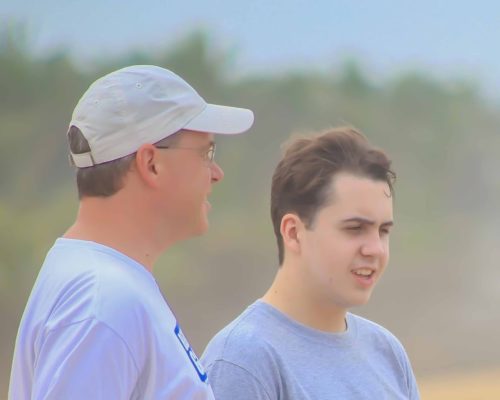 CodeToHope.org started in 2014 and the primary goal of our visit to the village was to check in on the students and assess their progress. We were also 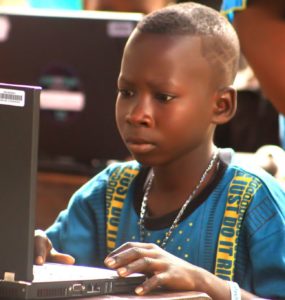 bringing more computers for them. In 2016 they received a set of about 20 machines, plus a teacher who comes 2-3 times per week and teaches computer 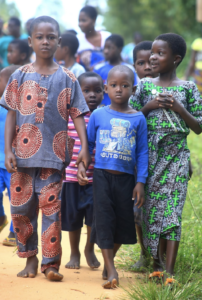 classes. When we arrived we were greeted by the entire village (about 600 people!) for a celebration of hope and thanks. It was amazing.

Our transport was stopped about 1/2 mile outside of the village and we were escorted by bands, dancers, and all the children. Click the pic to the left to see what the music was like.

Once in the village we had a 2 hour ceremony of speeches, thanks, and exercises for the students to complete under our watchful eyes. They did an amazing job! The local officials, the mayor, public works leaders, and other civic officials asked about how to expand the program and take it to more schools. This will definitely be a big challenge for CodeToHope.org, which is a fairly small 501c charity. There was a bit dancing, but that video will remain where it is …lol.

We also visited local Universities in Cotonou to teach some workshops. Ethan taught an hour session about Linux 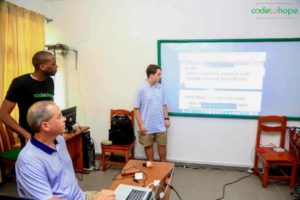 fundamentals. I taught a workshop on prototyping and how to speed up your software development to achieve results faster and with better quality. Other people in our group talked about Agile methodologies. We had a specific workshop focused on women in technology and leadership.

We also did look at a local software development company to see what skills are in demand and better inform the teaching and workshops for older students. It was surprising to see local people with Android development skills. iOS and Swift have almost 0% penetration in Benin or Africa in general – not a big surprise there.

Accomplishments and Thoughts for the Future

I’m not sure who benefited more from the trip, ourselves or the people we met in Benin. The children and their families are motivated in a way that is inspiring. Although the country has nothing compared to what we have, the people are friendly and have a different perspective on life that is totally different from here in America. Will we go back again? I hope so – you never know and with the school schedules it is difficult timing for Ethan, but I think it is highly likely that we’ll be back in Benin next year.

I’ll say here that the local people are incredibly friendly, thankful, and dedicated to education and family. Benin as a country is definitely outside the comfort space for most Americans, but we found it very much a nice place. Good food (not for a vegetarian) – in fact the fish and meat is really good! Beer – eh well – an opportunity 🙂 Pretty competitive with Brazil methinks.

The children: Focused and determined to prove that they are learning. I have never seen such focus. The “Americans” were there to see if they were learning. They were under extreme pressure. The whole village and government was watching. Hats off to those young people. Basically the local people wanted us to validate that the kids are learning – the local officials are not trusted. I’ll say they sure are learning. They were completing tasks that many kids here in the USA (and some adults!) could not do.

The goal of CodeToHope.org is not to create computer programmers, but to start at a young age to get people introduced to computers, familiar with them, so that no matter what career they get drawn to they have a head start. If they do choose programming – well that’s pretty cool.

As a final comment I was very proud of my son’s preparation work for teaching his classes, his willingness to put himself out there. His French was very good in fact several people thought he was French – Parisian in fact – his accent was that good. Stretching beyond his normal place here in the USA – so proud as a father. The fact that I got him back alive, intact, and no malaria was kudos too….PMOTB.

Here’s another gallery of pics. 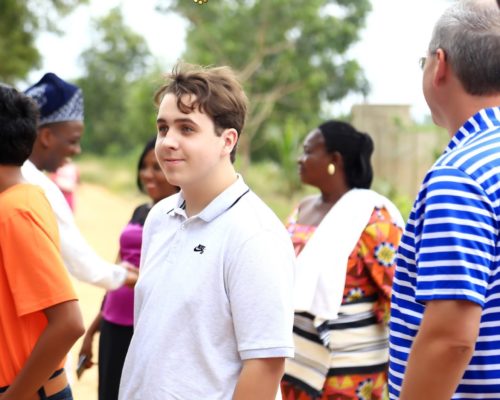 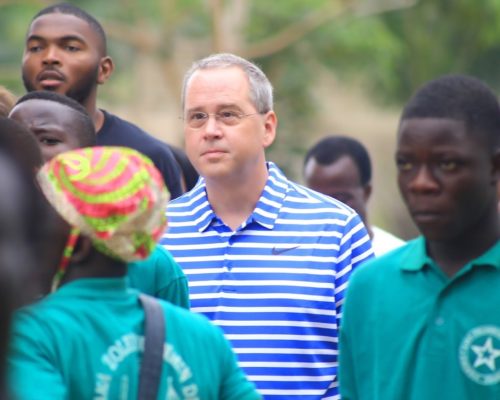 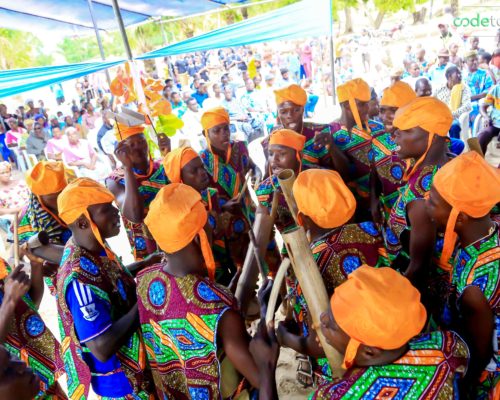 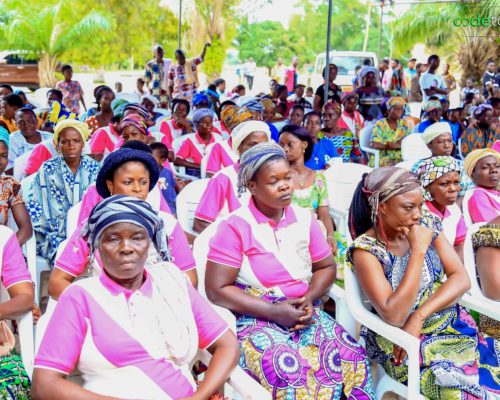 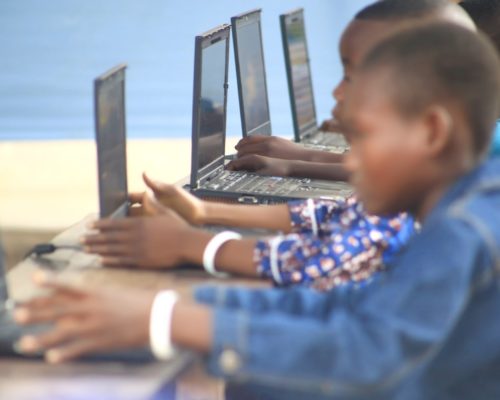 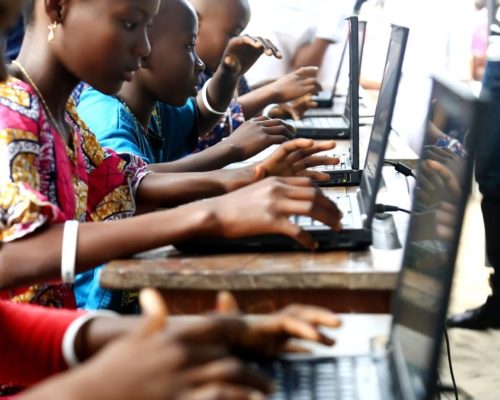 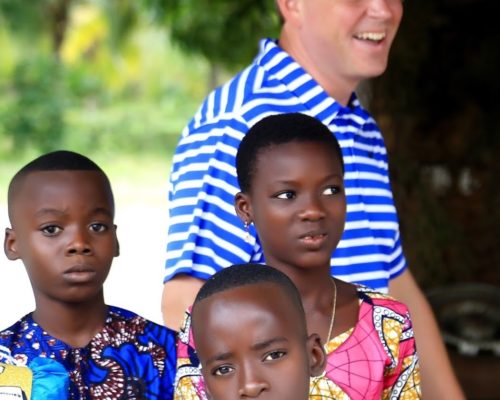 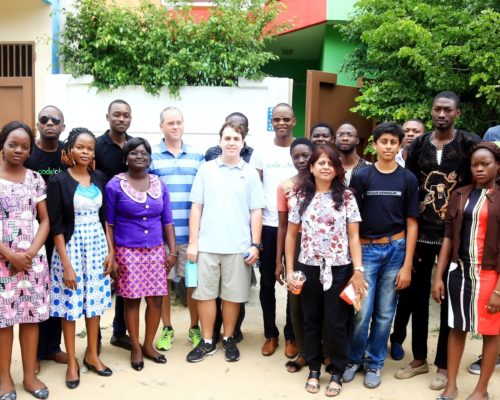 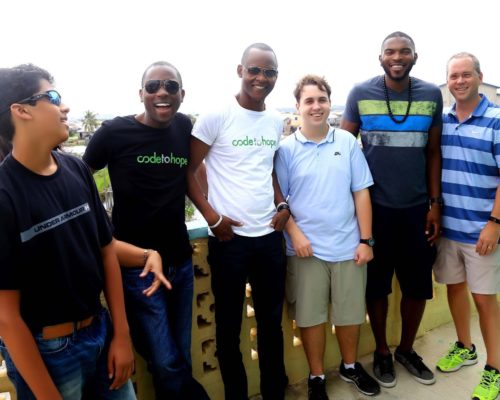 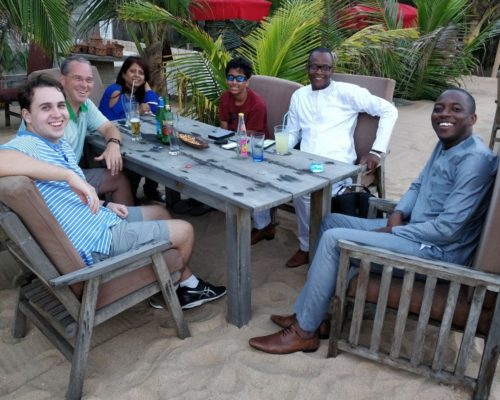